The Variscan basement in NE Sardinia

The Variscan basement in Corsica and Sardinia is an almost complete section across the South Variscan belt showing thetransition from very low-grade up to mediumhigh- grade basement (Fig.1).The aim of the field trip is to cover a section of the basement of Northern Sardinia to see the effects of progressivedeformation and metamorphism along one of the classic geological transect in the Variscan belt in Northeastern Sardinia.

From south to north we observe clearly the effects of the D1 contractional deformation with south verging recumbent foldsand ductile/brittle shear zones affected by a D2 deformation, with strain increasing northward and tectonic transport parallel tothe belt. The rocks, which are of Paleozoic age, underwent progressive Barrovian-type metamorphism increasing northward.

Sardinia and Corsica were brought into their present position by a 30° anticlockwise rotation of the Corsica-Sardinia blockaway from Europe caused by the opening of the Western Mediterranean Ligurian-Provencal basin. The rifting phase tookplace in the Oligocene (from 30 to 24 Ma) and was followed by a short Early Miocene oceanic accretion (ages ranging from23 to 15 Ma, Ferrandini et al., 2000 and references therein).

The basement consists mainly of high-grade metamorphic rocks and was termed the “inner zone” by Carmignani et al. (1979; 1994; 2001) (Fig. 1), and it is the result of a continental collision. The different structural Variscan zones were definedin Sardinia where Variscan metamorphic complexes crop out widely and were extensively surveyed.

The Variscan belt in Sardinia developed from deformation and metamorphism of the northern margin of Gondwana and Gondwana-derived terranes during the Carboniferous, involving sedimentary and magmatic sequences ranging in age fromCambrian to Lower Carboniferous (Carmignani et al., 1994; 2001).

The itineray will show the effetc of D2 post collisional transpressive deformation and associated metamorphic evolution in the Variscan Basement of Ne Sardinia close to the Posada-Asinara Line (Carosi & Palmeri, 2002).

An exaustive description of the geology of the area can be found in Carosi et al. (2015) (free download): http://www.isprambiente.gov.it/it/pubblicazioni/periodici-tecnici/geological-field-trips/the-variscan-basement-in-sardinia 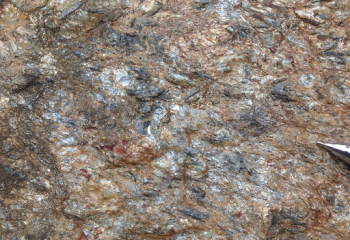 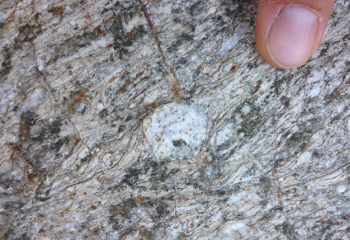 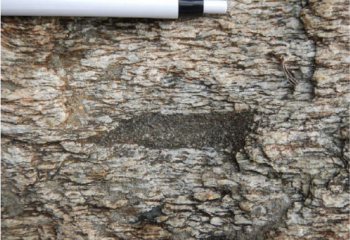